OAPBA is the home site for the Orlando APBA Association which utilizes the APBA Master Game baseball game. The league was founded in 1988 by founding fathers Joel Prinsell, Joe Passiatore, Bryant Applegate, and Steve Lorman. 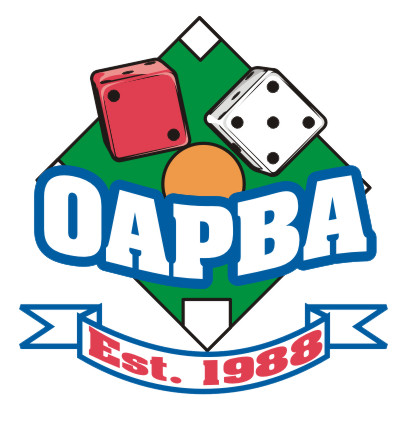 The league is a face-to-face league that uses the Master Game with minor modifications (e.g. randomizer for errors, other minor adjustments). Each season consists of two 40-game halves with the winner of each half playing for the league championship. If one team wins both halves, they are automatically the league champion.